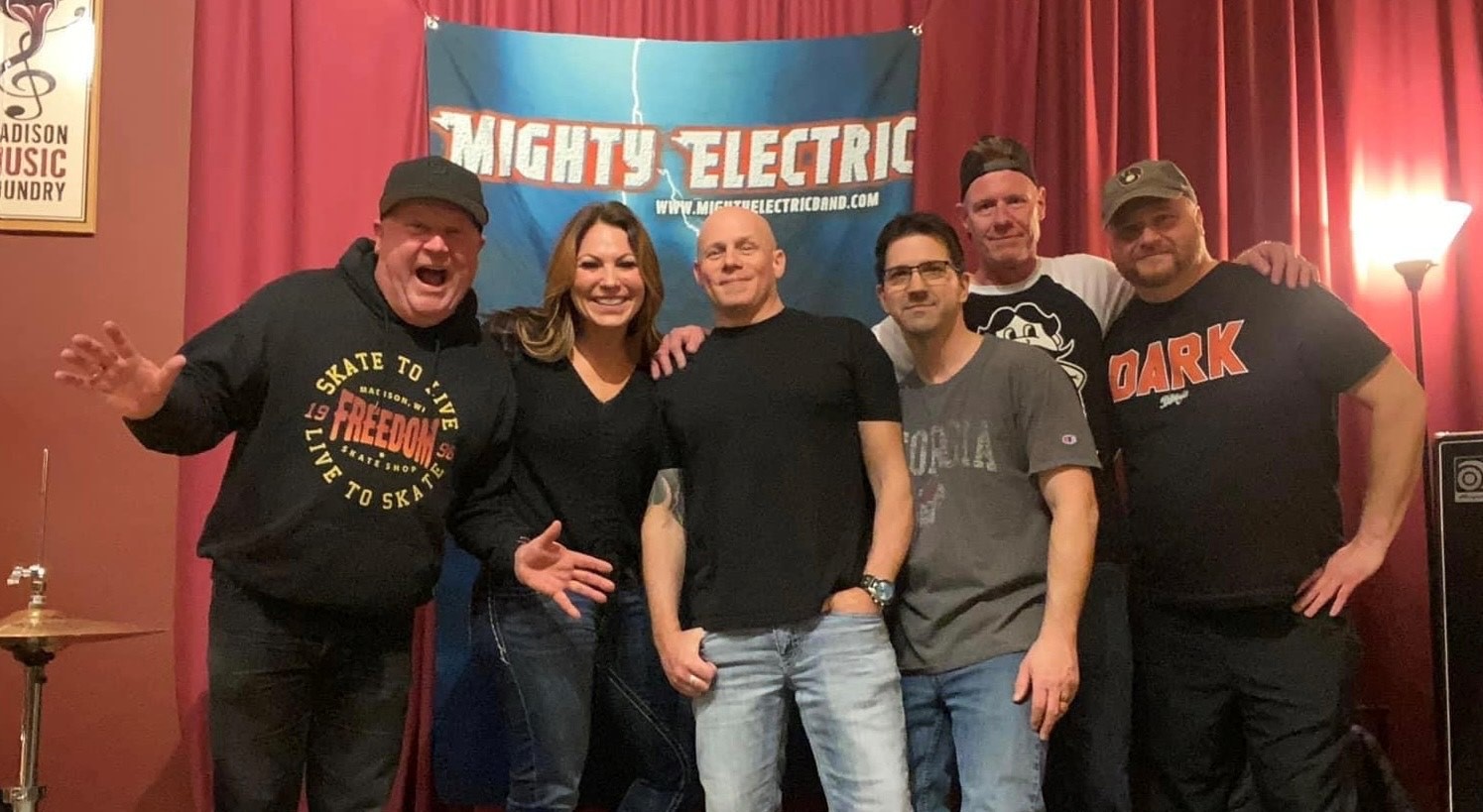 The band was incredibly popular a number of years ago, with a large fan following, playing at all types of festivals and venues around the southern Wisconsin area. They also entertained the greatest College fans ever after the Badger Football games.  If they could plug in and fit on a stage they played.

After a few year hiatus to pursue life such as a popular cooking show, professional beer and brat eating and  Fruit of the Loom modeling, they have reunited and are ready to take the scene by storm again.

You will notice that they put their own spin to popular covers, making them unique and full of life.

If you’ve been a life long fan or a ME newbie, you will hear the sounds of your favorite Jukebox tunes, from artists such as  Motley Crue, Led Zeppelin, Goo Goo Dolls, Poison, The Killers, Alanis Morissette, Foo Fighters, Pat Benetar, Lita Ford, Buckcherry, The Romantics and the list goes on.