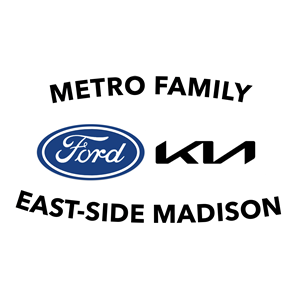 Elizabeth Mary wrote her first song, “I Have a Dream,” at age 10 and has been pursuing that dream ever since. Raised on a dairy farm in rural Iowa, Elizabeth Mary performed her first shows to herds of disinterested cattle and cornfields. Destined to become an entertainer, Elizabeth got her first taste of performing in local choirs and talent shows in her community.

At age 22, Elizabeth Mary became lead singer for the local well-known band, Zero 2 Sixty. Elizabeth earned a loyal fan base with her powerful vocals and energetic performances. Her eight-year run with Zero 2 Sixty helped refine her craft of performing and captivated audiences throughout the tri-state area at local venues and large festivals.

“Everything you want is on the other side of fear.” A midnight toast on New Year’s Eve 2018 set Elizabeth Mary’s solo career in motion. The retirement of Zero 2 Sixty gave Elizabeth Mary the opportunity to revisit her years of songwriting. In April 2018, Elizabeth Mary recorded and released her six-track debut EP Album, “Dance with the Fear”. Her single, “Mirror, Mirror” was picked up by regional radio and began steaming nationwide.

In September 2018, Elizabeth Mary opened for national country act Collin Raye, building her fan base as a solo artist. Building on that success, Elizabeth set out to record her new newest single in the fall of 2018. “Breathe in Girl”, released in October 2018, touched many listeners with its honest and vulnerable lyrics — “I hate to spoil the ending but you’re going to be ok.”

Following the success of “Breathe in Girl”, Elizabeth Mary went right back to the studio to begin work on her full-length album. Her second single, “Sweatpants and Wine” was released June 2019 and became her third single to receive regional airplay and regular rotation. “Sweatpants and Wine” received media attention winning KBOE 104.9 FM Iowa Country Song of the Year. Her highly anticipated 14 track, all original album, “Meet Me in Madison” released in November 2019. Her newest single, “Stronger” recently debuted on Iowa regional country radio stations January 2020.

Elizabeth Mary fills her schedule playing 130+ solo acoustic and full band shows annually in the tri-state area playing small venues to large music festivals including America’s River Festival and Brat Fest. Whether playing solo or with the full band, Elizabeth will leave an impression on your heart and a smile on your face. Elizabeth Mary’s relatable lyrics and genuine personality will leave you wanting more.