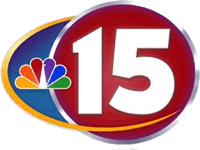 Want to be the hero at work? Need some Friday morning excitement to push you through to the weekend?

Stop by the annual “Take Your Brat To Work Day” (TYBTWD) Presented by NBC 15, and pick up a bag of hot sizzling Johnsonville Brats for all your co-workers. After all, breakfast is the most important meal of the day. Whether you are grabbing a bag load of Brats for your Co-Workers or just grabbing a half dozen for yourself, we look forward to seeing you in line!

Kicking off Brat Fest at 6am, TYBTWD runs until 9am. Only in Wisconsin can you drive up to a grill at 6am and grab a bag of brats. TYBTWD has been a Brat Fest tradition, selling over 30,000 brats in just a three short hours. Come on down, treat your co-workers or staff, and just maybe you will meet some of the NBC 15 News Morning Team and other celebrity personalities from NBC 15.