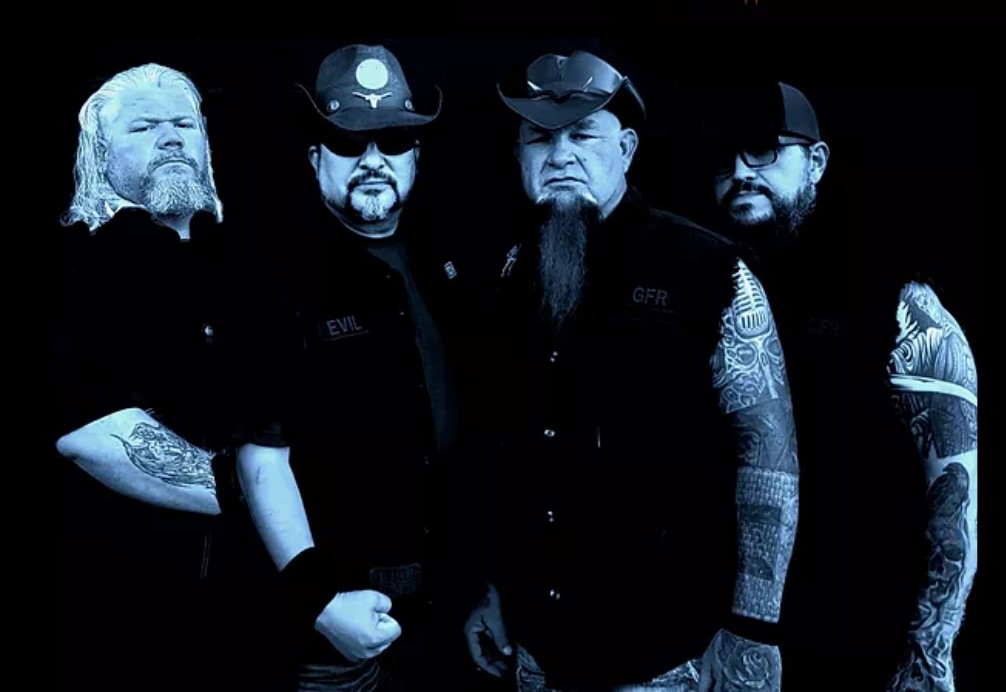 Southern Colorado-based band GRAVEL signs a groundbreaking deal with Stryker Records to release their debut album entitled Let’s Do This, produced by Saving Abel bassist Scott Wilson at Sunshine Studios in Colorado Springs. The band is set to thrill fans before the album launch by releasing a series of singles from the album over the next few months to be distributed through Ingrooves, a company owned by Universal Music Group, to all major music streaming platforms worldwide, ready to captivate listeners across the globe. The first installation of the series is the group’s single “All I want,” available on online platforms and CD.

GRAVEL is composed of talents–vocalist and rhythm guitarist Troy Kammerdiener, lead guitarist Joseph Vallejos, bass guitarist Cory Kyles, and drummer Philippe Franco. With a distinct, “fuel-injected” take on rock ‘n roll and reinventing performances by integrating visual aspects into their hard rock shows, the group is truly reinventing the genre. GRAVEL never fails to sweep audiences off their feet as they take performances to the next level.

Some listeners would describe GRAVEL’s sound as “hard-hitting, aggressive in your face rock ‘n roll,” while others have them tied to their “driving rhythm.” Having such strong identities embedded in the minds of their audience, GRAVEL strives to live up to their fans’ expectations and deliver their creative spin on hard rock, grabbing everyone by their seats with memorable riffs, shredding leads, and attention-grabbing hooks no one would surely miss.

The band made waves in the national music landscape this year as they went on tour with the band Texas Hippie Coalition, a venture which will continue until 2023. GRAVEL also performed with the renowned group Blacktop Mojo, first at the world-famous Whisky A GoGo, with the run ending in Colorado. The two powerhouses are set to reconvene in more performances next year. Furthermore, GRAVEL has played at several US Biker Rallies, including Sturgis, Crater Rally, Farmington NM Hawg Fest, and many more. They also have New York’s Thunder Rally and Thunder In The Rockies in Colorado booked for 2022. With many exciting events lined up on their calendar, the band is ecstatic to continually share their music with the world, and their debut album is a testament to their commitment.

In addition, GRAVEL has toured the United States with some of the biggest names in the music industry, such as Slipknot, Hollywood Vampires, Alice in Chains, Five Finger Death, Punch, Breaking Benjamin, Marilyn Manson, Rise Against, and Korn. The group has also shared the stage with fan favorites like Bullet for My Valentine, Skillet, Nothing More, Queensryche, Scott Stapp, All That Remains, In This Moment, Sick Puppies, Like a Storm, I Prevail, Adelitas Way, Avatar, Butcher Babies, Wednesday 13, Bobaflex, Bullet Boys, Loudness, Bang Tango, Fozzy, Salvia, Lita Ford, Buckcherry, Steel Panther, and many more.

A powerhouse in its own right, GRAVEL is truly cementing its name in rock history, and Let’s Do This marks yet another milestone for the group. The album is the first of many the band aims to release to their listeners. Headlining shows, conquering national stages, and set to land many more milestones on its horizon, GRAVEL is indeed a force to be reckoned with.