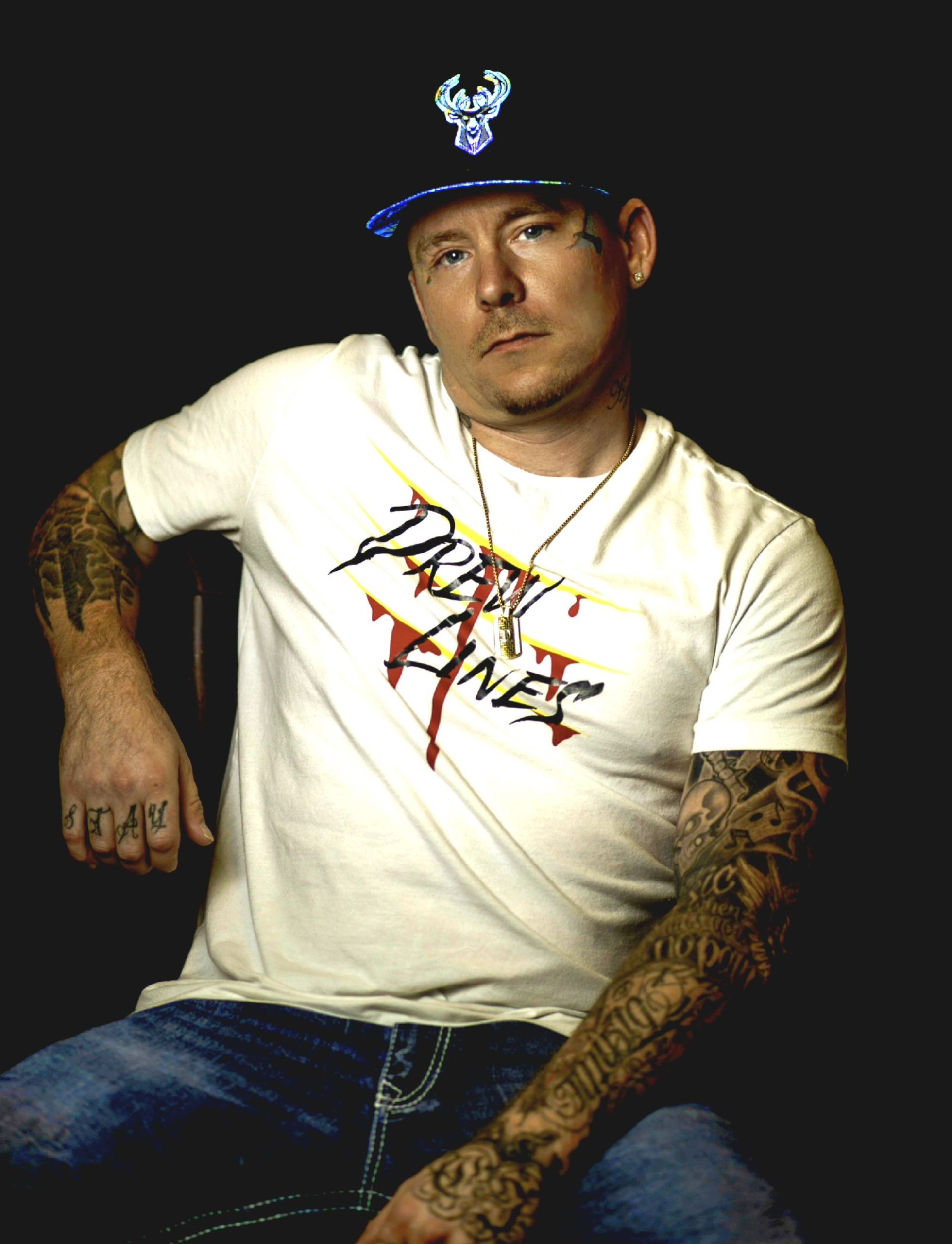 Hip-hop is not just music; it is a way of life, a fusion genre with a strong, rhythmic beat uniting diverse cultures. From “The Father of Hip Hop” DJ Kool Herc to legendary hip-hop stars like Jay Z, Kanye West, Nicki Minaj, Snoop Dogg, and Eminem, several artists have significantly contributed to the mainstream industry. Drew Lines, a fast-rising hip-hop artist renowned for his witty lines, creative twist and intentionally relatable lyrics, is undoubtedly part of the iconic list.

Born Andrew D. Wold, Drew Lines, is one rising star determined to dominate the music industry and change the scene with his wide creative range. Acclaimed for his passionate lyrics, innate talents, and ear for a distinctive sound, Drew Lines was the first hip-hop artist to be signed by Stryker Records, a record label known for releasing rock music.

His single “Rise,” released in the fall of 2021, catapulted him into the spotlight as he merged metaphors and powerful punchlines to deliver them in captivating rhythms to listeners across the globe. The hit single peaked at number one in the top 10 Hip Hop category and topped the charts on the “all genre” top 30 charts on New York’s M3Radio.

Drew Lines once again thrilled his audience this past April with a masterpiece, “15 Minutes of Fame,” featuring Scotty Austin. The track lived up to its title, charting at #25 in the Nation on the NACC Top 30 and topped the charts on the M3Radio Hip Hop Top 10 while displacing Snoop Dogg’s “Algorithm.”

This past September, the artist again set forth to thrill his listeners with his latest single, “Bangarang,” featuring Caesar Reddington, with producer Chuck Alkazian. Set to hit the airwaves on January 6th, 2023, Bangarang is not just another track. Instead, it delves deep into the artist’s life, from going to a juvenile prison to becoming a musical sensation. It takes listeners on a journey while showcasing the new direction the artist hopes to explore.

Drew Lines believes “Bangarang” is something many of us can relate to. Holding it in high regard, he shares that the track talks about the heavy weight of hunger, loss, and realism and the ability to endure, keep up with one’s dreams, and smile through the pain and the unknown.

With “Bangarang” set to be released through Stryker Records, Drew Lines is determined to revolutionize the music scene in the coming years through his well-crafted lyrics and excellent delivery. Soon, there’s no doubt the rising star will be able to take his craft to the mainstream, attract a global audience, interact with his fans and gain accolades for his music.